Technology is rapidly evolving and so do our lives. It didn’t take long for sex and sexuality to catch up with modern trends and find a way to use tech for our pleasure. People have been looking for ways to enjoy themselves since the dawn of humanity, and it has never been easier to have a good time. It remains to be seen what the future of sex will hold for us, but we can hope that it will be exceptional.

The Use of Technology When It Comes to Accessing Sexual Content

Firstly, there were comics, graphic images, and pictures; but today, we have so much more. Human sexuality has always been prominent in our culture, and it keeps evolving with each generation. If you take a look at the past couple of decades, there has been so much improvement when it comes to pornography. Twenty years ago, the only sources of pornographic material were magazines and VHS. But today, all you have to do is open your favorite browser, go in the incognito tab, and wank yourself to oblivion.

It is no secret that technology plays a vital role in our lives, and that reflects on their private parts as well. Today, people can’t imagine living without the internet, for example.

We can only wait (and hope) to see what the future will hold for us and how we will be able to improve our sexual experiences. Many claim that there will be a robot invasion like in the Terminator movies; however, these robots will serve to pleasure, not exterminate us. For some, sex robots and virtual worlds seem like an incredible future and a significant improvement to our current lifestyle.

Let us share a secret with you. The internet is full of sexually explicit and online sex content! It seems that nowadays, people are more sincere and more open about their sexual orientations and sex lives in general. As a result, more and more young people are experimenting with using modern technology.

You can find so many different apps that are designed to ease the whole process and even enable long-distance dating. Apps like Tinder, Grindr, and Happn made a revolution of online dating by allowing people to find their sexual partners easily. 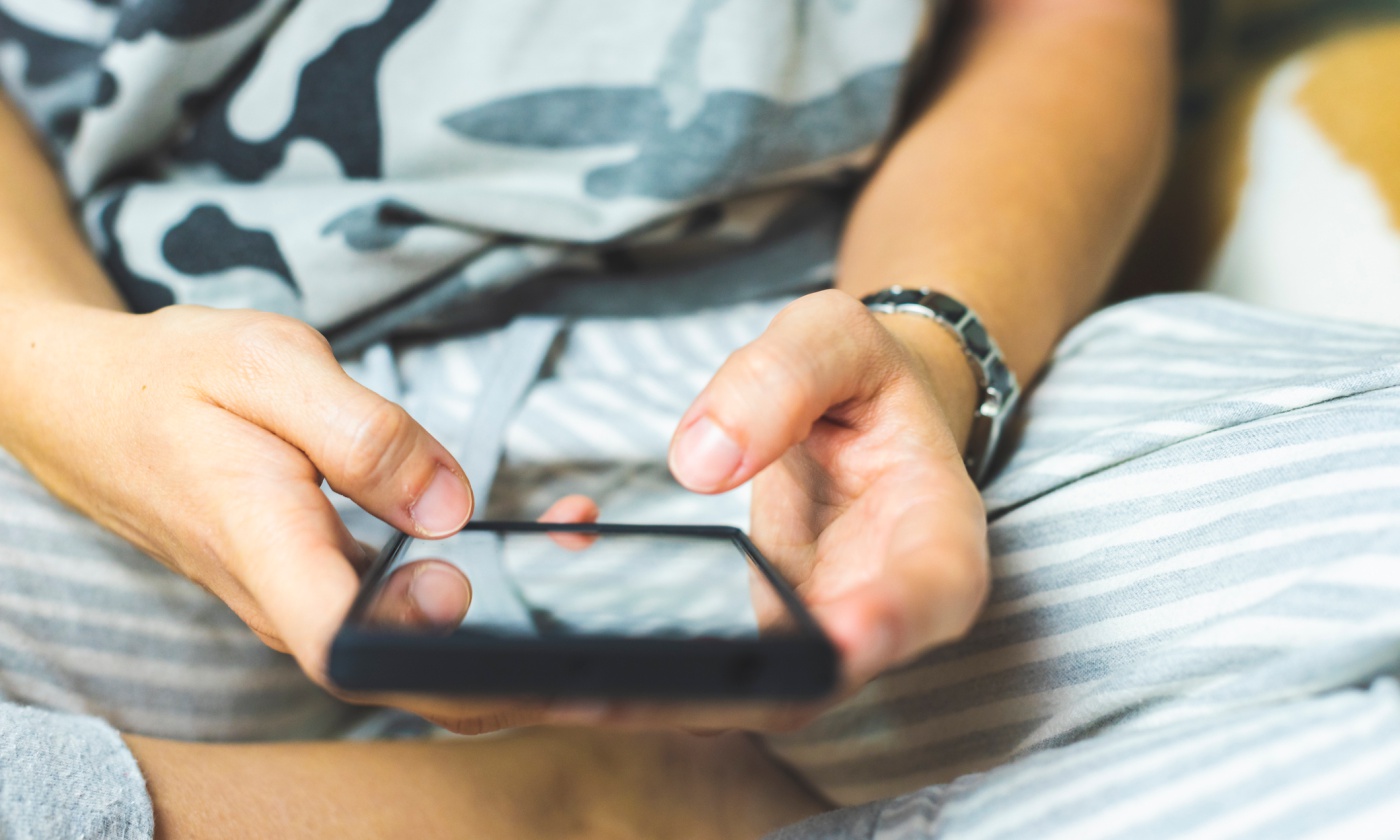 But even if you have an older phone, you shouldn’t despair. Online dating app sex is not exactly a novelty. Finally, while many people want to skip the whole dating part and jump straight to shagging, others are looking for their soulmate and perfect partner that can satisfy their every need.

Finally, each individual can create their own website and dictate the quality of the content they will release. You can also find sexually explicit profiles on sites like OnlyFans if you’re looking for a more interactive way to enjoy your erotica.

It is possible that someone has been living under a rock all these years and that they have no clue what sexting is. Sexting is a way of exchanging messages that are usually explicit between two persons. Even though sexting is not based on age, it became somewhat popular among teens.

Exchanging flirty, explicit, or in any way dirty messages is considered sexting, and it can be quite beneficial for a relationship. While some embrace the impact the modern technology brought, others scorn the idea of sexting.

Thanks to social media, more and more teens are comfortable documenting their lives and sharing what others would find private. There are so many reasons teens decide to sext. Some do it as a way to woo their crush, while others as an act of commitment.

Naturally, one of the biggest problems is that a person will often make a bad decision and send a provocative photo to the wrong person. That can lead to it being published online or appearing on numerous websites. Needless to say, some have zero problems with this, but for others, it can be a life-ruining experience.

Controlling information is nearly impossible in this day and age, so everyone should be extra careful when sharing their private images. But even with all this in mind, more and more teens are taking up sexting across the globe. Unfortunately, there is no way to predict what kind of future sexting will have, but it’s highly unlikely that it will stop soon. Currently, it seems that this trend will only grow. In the future, who knows what might happen? Maybe it becomes quite normal to greet someone with a nudie of yourself!

One of the newest additions to the world of entertainment is virtual reality. People are able to explore famous locations without leaving their homes. Since you are not tied to reality, the only limit is the developer’s imagination. VR found plenty of use in medical and military training, where a person could go through their training without any real-life consequences. Furthermore, there are so many games that implement this technology. In them, you can enjoy playing while having a more engaging and authentic experience.

Recently, there have been several attempts to take this technology to the next level. The user would wear a VR headset, as well as a silicone sheath for the penis. That way, they would be able to see virtual reality while having a “hands-free experience.”

Finally, we should mention augmented reality or AR. There is a chance that you’ve heard about video games that don’t involve complete virtual reality, but rather add digital characters to a preexisting world. Well, you can find apps that allow you to see objects and characters in your room, as long as you are looking through your phone or AR device.

Sex dolls have been around for a while, but the design has improved quite dramatically from what you might think. Earlier blow-up dolls were simple in design, and they were similar to inflatable beach mattresses. The only difference was that the dolls had a shape similar to a human body, with painted eyes, lips, and such. Technosexuals or those who are attracted to robots or cyborgs surely fantasize about getting one.

Over the years, the design and the quality were perfected. Nowadays, you can find a partial human body, for example, a male torso with a penis, or even lifelike dolls. Some companies create custom models, where a person can select each individual part of the doll. The material resembles skin, and the idea is to make a doll that looks and feels like a real person. Unlike previous models, you will need to take care of these toys as you would a real human. That means washing them in the bathtub, brushing their hair, doing makeup, and similar.

So what if you desire a more active doll? Maybe something that will interact with you? Well, that’s where sex robots come into play. There is an idea of creating an anthropomorphic robot that could satisfy users in every way. Scientists from all over the world have been trying to create a sex robot that could fully replace dolls (or other people).

Even though there have been no fully functional sex robots, many companies managed to make progress in the field. The most impressive one is Harmony, which is a robot that can speak and make facial expressions.

Effects of Technology on Sex

There is no denying that technology has a lot of impact on our lives. Many can’t even imagine spending a day without Wi-Fi, smartphones, or technology. And that can apply to sex as well. As humans, it is somewhat easy to get used to a comfortable lifestyle, and the whole idea of technology is to make lives easier. Two or three hundred years ago, the only way of traveling was via ships and carriages. But today, many have their own cars, and they can go wherever they like.

But are all of those good or bad things? Well, for example, a few years from now, a person might get a fully operational sex android, and they might never desire human contact again. But if this person is happy, is it a wrong choice? Just because someone doesn’t agree with something doesn’t imply that it is bad.

Moreover, modern medicine allows us to overcome flaws in our genes, and the consequences of contemporary lifestyle like erectile dysfunction, undesirable figures, and many more.  This very promising in the world of medicine. This article from Medical News Today talks about what modern medicine further.

Furthermore, with the rise of the internet, pornography is easily accessible. While we’ve already mentioned that it can lead to addiction, there are positive aspects to this story as well. People who would feel rejected a hundred years ago can now see that they are not alone. Fetishes are beautiful, as well as all the sexualities that exist today. And people can find whatever they like with a simple Google search.

So instead of focusing on what’s wrong with the modern age, we should all embrace things that we’ve been given. After all, we now have so many different ways to embrace pleasure!

Our desire to feel satisfaction closely follows modern technology and trends. It comes as no surprise that people found a way to use every new piece of tech for pleasure. The internet brought us accessible pornography, engineering gave us VR (for VR porn, of course), and sex robots now seem closer than ever. It is true that some pour scorn on the idea of everything being used for sex and prefer to focus on the vanilla parts of a relationship. However, others enjoy what they are given and hope that the future will be as bright as it seems. So what don’t you too?