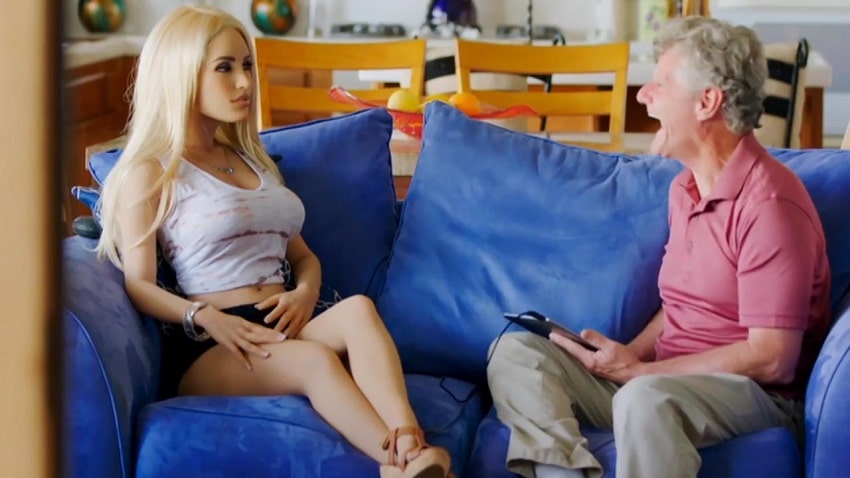 For everyone who wants to learn more about robot brothels, you’re in the right place. Here, we will go through some of the most popular questions. How do sex robots operate in brothels? Where are the brothels that have sex dolls? Why is this the future of sex work? These and many other burning questions have been around lately, and we will discuss all of them.

How Do These New-Age Brothels Operate?

Robots are bound to replace humans in many industries, and it is one of the best things about living in this day and age. At least if you are not afraid of some Terminator scenario. But have you ever wondered how brothels would work if humans were completely replaced by robots? Interestingly enough, there are already a couple of them available. Engaging in sexual relationships with artificial intelligence has never been closer to becoming a reality.

If you are one of many people that are curious about this new age for the brothels, you are probably wondering how they operate. And the answer is simple — they work the same way as regular brothels. The only difference, of course, is in sex workers. Instead of real folks, people will get a chance to have sex with robots.

Currently, there are sex robot brothels all over the world, and clients can book an hour with them and do whatever they desire. As long as they don’t poke extra holes in them, that is. Needless to say, both male and female-looking robots are available, and a client will get a couple of them to choose from.

The main problem with this practice is the price. Having sex with robots is still expensive since they can cost over $6,000 each. As you can probably imagine, the prices are a bit higher too.

Now, just because dolls and robots are available, that doesn’t mean that robo-brothels can be opened anywhere in the world. The main concern is the legality of prostitution. Even though we’re talking about inanimate objects, the laws still cover buying sex. As a result, the areas where robot brothels are available are not as common as you’d imagine.

Needless to say, there are many countries and cities where prostitution is legal, and these are more likely to upgrade their business and include some next-gen pleasure. One of the most famous robot brothels, Aura Dolls, is located in Toronto. But, that doesn’t mean that you’ll need to travel to Canada to have robot sex.

Other cities that offer similar experiences are Barcelona, Paris, Moscow, and Turin (Italy). However, if you are thrilled with the idea of having a science-fiction experience, you might be disappointed. Artificial intelligence is still not high-teech enough to replace humans. You are more likely to have fun with a simple sex doll.

For some countries, having sex with an inanimate object like sex dolls is still forbidden, and it poses a huge barrier for this type of business to grow. Recently, there have been talks about this type of brothel opening in Houston. However, most people rejected the idea due to strict laws and policies.

Why Are People Divided?

As you could expect, people have different opinions about the whole thing. Today, people love being against everything, and robot sex is no different. Just take a look at the world we live in. There are so many places where talking about sex is still taboo, and you can imagine how this type of discussion would go.

On the one hand, many people believe that this is a great way for women across the world to finally leave the exploitive work area. Also, many believe it would be a lot safer and healthier if we compare it to the alternative.

At the same time, the campaign against sex robots was launched as well. Others believe that robot brothels would encourage violence against women and that having sex with a robot will cause men to behave the same way to a real woman.

Moreover, the most vocal group were actual sex workers, who objected to the idea due to restrictions in the U.S. Prostitution is illegal in the entire country. The main difference is that brothels (traditional ones) are not able to advertise their services due to laws against solicitation. However, robot brothels would be able to put a billboard if they felt like it, which is exactly what happened in Vancouver.

But this is only one point of view and one theory. Brothels with sex dolls could be a great opportunity for people that lack social skills that are important and essential for a meaningful relationship. For them, this might be a vent, a chance to have fun. Either way, we have to wait and see what kind of impact these new institutions will have in the future.

Why Are They the Future of Sex Work?

Whether you are against or for robo-sex, it seems that this option is the best one at the moment. And there are numerous reasons to support this theory. Some might even suggest that sex toys and dolls in brothels might be the future of sex work.

So, let’s start from the beginning. The first and most important thing is emancipation. There are many women who are sex workers against their will. They would love to have an opportunity to become something else. For them, this might be a way out, which is not something that happens often.

Also, thanks to the global pandemic, avoidance of physical contact is necessary all over the world. We have no idea when the whole Covid situation will be over, and it might be a long time before things go back to how they were. Until then, brothels are not safe for anyone.

However, if you had a brothel with sex dolls, things would be so much easier. Dolls are easy to clean and sterilize, and we can ensure that the transmission of the virus is not possible. And this is just the beginning.

There are many people who are differently-abled, and for them, having sex with a real person is just a dream. They are either unable or afraid to take a step, and sex dolls can be a real gamechanger. If we could make the world safer for so many women across the world, isn’t that the right thing to do?

Robo brothels are still evolving, but there is no doubt that people are interested in trying them out. Naturally, we will need to see what the future will hold and what type of brothels will remain in years to come.